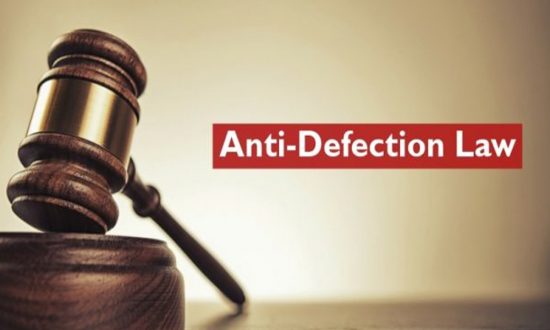 The ongoing political crisis in Rajasthan is neither new nor uncommon. Turbulence in governments — involving the “switching of sides” by elected representatives — has been increasingly frequent in recent months. The past year has seen the toppling of two state governments in Karnataka and Madhya Pradesh amid allegations of political defections and horse-trading. There has also been turmoil in Goa and Manipur.

The phenomenon in question — i.e., bringing down an elected government by depriving it of its majority through the defection of Members of the Legislative Assembly (MLAs) — goes back a long way. To resolve this problem, in 1985, the Constitution was amended to include the Tenth Schedule (also known as the anti-defection law). The anti-defection law provides that members of political parties who disobey the whip or vote against the party in a confidence motion, will face disqualification. As recent events have made clear, however, the Tenth Schedule is no longer an effective check on the phenomenon of defection, and an urgent reconsideration is required.

There are a few reasons why this is so. The first is that the defecting MLAs have found a way around the restrictions in the Tenth Schedule. Instead of formally “crossing the floor” or voting against their party in a confidence motion, they resign from the party. This brings down the party’s strength in the House, and the government is toppled. A few months later, when by-elections are held, the same MLAs then stand for election on the ticket of the opposition party, and are returned to the assembly. This, it should be clear, is defection in all, but the most formal sense. Unfortunately, in their recent judgments, the courts have failed to stop this practice (although, arguably, the language of the Tenth Schedule does not leave much room to the judiciary).

The second reason is that no matter how well-drafted a constitutional provision is, ultimately, its implementation depends upon constitutional functionaries acting in good faith. As BR Ambedkar pointed out soon after the framing of the Constitution, every constitutional text can be subverted if those charged with running the affairs of government are inclined to do so.