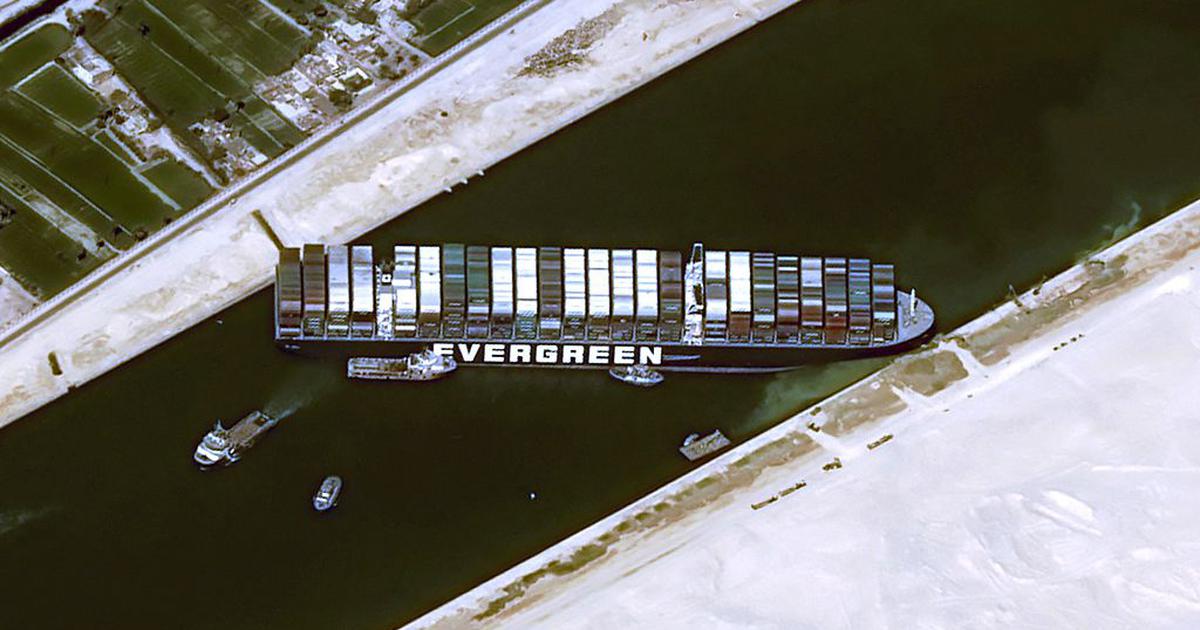 The closure of the Suez Canal, one of the world’s most critical water bodies, due to a large container vessel, the MV Ever Given, running aground on March 23 while in transit, has caused enormous disruption to global shipping. Sustained efforts by the Suez Canal Authority (SCA) and the Egyptian government to dislodge the vessel and refloat it have been less than successful.

More than 300 ships waiting to cross the Suez that connects the Mediterranean Sea to the Red Seahave piled up on either side of the canal. On an average, 50 ships transit the Suez every day and, as per SCA, in 2020, nearly 19,000 vessels with a net tonnage of 1.17 billion tonnes transited the canal, which is the second-highest load in the history of the Suez. The value of goods shipped through the canal is estimated to be $9.5 billion daily — the MV Ever Given, for example, was laden with cargo worth $1 billion. Annually, this is about 8% of global trade and the canal generated $5.3 billion in revenue for the Egyptian exchequer in 2017.

The origins of the Suez Canal go back to the ancient period and the first waterway was dug during the reign of Senausert III Pharaoh of Egypt (1874 BC). However, this rudimentary canal was abandoned due to silting and reopened several times in the intervening centuries. The modern Suez was built in the mid-19th century through efforts by the French and opened for navigation on November 17, 1869. This was a tectonic development for global maritime connectivity and impacted colonial history in a definitive manner. The rise of the British Empire was enabled considerably by this canal. Since its inauguration, the Suez has been closed five times — the longest period being the eight years from 1967 to 1975 during the Arab-Israeli conflict.

The current closure will be very expensive for global trade — the shipping industry and insurance companies — and it is estimated that the loss per hour is almost $400 million. Some positive movement is being reported, and it is hoped that the Suez will soon be open for transit. In the event that the MV Ever Given remains wedged across the breadth of the canal for a longer period, the negative impact on the intricate and delicately balanced global supply-chain and oil prices will impose additional costs on the customer globally.