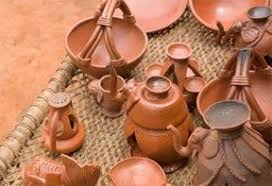 ned within the stipulated limits of the Karnataka Fiscal Responsibility Act, 2002 (KFRA).

The Chief Minister and Finance Minister, Mr. Siddaramaiah presented the budgets of Karnataka  for financial year 2017-18 on March 14, 2017.

budgets of Karnataka Estimates for 2017-18

Other announcements in budgets of Karnataka :

Receipts in budgets of Karnataka 2017-18

Deficits, Debts and FRBM Targets for budgets of Karnataka  2017-18

Revenue deficit: It is the excess of revenue expenditure over revenue receipts. A revenue deficit implies that the government needs to borrow in order to finance its expenses which do not create capital assets. However, the budget estimates a revenue surplus of Rs 137 crore (or 0.01% of GSDP) in 2017-18. This implies that revenue receipts are expected to be higher than the revenue expenditure, resulting in a surplus. The estimate indicates that the state is meeting the target of eliminating revenue deficit, as prescribed by the 14th Finance Commission.

Fiscal deficit: It is the excess of total expenditure over total receipts. This gap is filled by borrowings by the government, and leads to an increase in total liabilities of the government. A high fiscal deficit may imply a higher repayment obligation for the state in the future. In 2017-18, fiscal deficit is estimated to be Rs 33,359 crore, which is 2.61% of the GSDP.

Total Liabilities: It is the accumulation of borrowings over the years. In 2017-18, the total liabilities are expected at 18.93% of GSDP. The Karnataka Fiscal Responsibility Act, 2002 requires the state to progressively reduce total liabilities to less than 25% of GSDP

Get Karnataka at a Glance: Complete Karnataka GK (History, Geography,Polity and Economy) in Just Rs 332/- Click Here to Get PDF