Balance of Payments is a systematic record of all economic transactions undertaken by residents of one country i.e. households, firms and the government with their counterparts in rest of the world. It consists of:

Directorate General of Foreign Trade (DGFT) organisation is an attached office of the Ministry of Commerce and Industry and is headed by Director General of Foreign Trade. Right from its inception till 1991, when liberalization in the economic policies of the Government took place, this organization has been essentially involved in the regulation and promotion of foreign trade through regulation. Keeping in line with liberalization and globalization and the overall objective of increasing of exports, DGFT has since been assigned the role of “facilitator”. The shift was from prohibition and control of imports/exports to promotion and facilitation of exports/imports, keeping in view the interests of the country.

Foreign Trade Policy of India has always focused on substantially increasing the country’s share of global merchandise trade. Accordingly the Government of India has been taking various steps towards boosting its trade with the rest of the world by adopting policies and procedures which would help to increase and facilitate both exports and imports with the other countries of the world.

The exchange rate policy is guided by the broad principle of careful monitoring and management of exchange rates with flexibility, while allowing the underlying demand and supply conditions to determine exchange rate movements over a period in an orderly manner. Subject to this predominant objective, RBI intervention in the foreign exchange market is guided by the objectives of reducing excess volatility, preventing the emergence of destabilizing speculative activities, maintaining adequate level of reserves, and developing an orderly foreign exchange market.

In modern monetary policy, a devaluation is an official lowering of the value of a country’s currency within a fixed exchange rate system, by which the monetary authority formally sets a new fixed rate with respect to a foreign reference currency or currency basket. In contrast, a depreciation is a decrease in a currency’s value (relative to other major currency benchmarks) due to market forces under a floating exchange rate, not government or central bank policy actions.

India has been experiencing trade deficit for more than a couple of decades. The value of Indian rupee  has been fluctuating and devaluation could not bring sufficient impact to the export sector. This is because the Indian economy is heavily dependent upon imported energy and industrial goods.

The global foreign exchange market is the largest and the most liquid financial market in the world, with average daily volumes in the trillions of dollars. Foreign exchange transactions can be done for spot or forward delivery. There is no centralized market for forex transactions, which are executed over the counter and around the clock.

The foreign exchange market is unique for several reasons, mainly because of its size. Trading volume in the forex market is generally very huge. As an example, trading in foreign exchange markets averaged $5.1 trillion per day in April 2016, according to the Bank for International Settlements, which is owned by 60 central banks, and is used to work in monetary and financial responsibility .

Trading in the Foreign Exchange Market

The market is open 24 hours a day, five days a week across major financial centers across the globe. This means that you can buy or sell currencies at any time during the day. 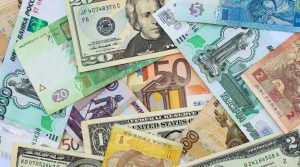 From a historic standpoint, foreign exchange was once a concept for governments, large companies and hedge funds. But in today’s world, trading currencies is as easy as a click of a mouse — accessibility is not an issue, which means anyone can do it. In fact, many investment firms offer the chance for individuals to open accounts and to trade currencies however and whenever they choose.

As of September 2017, India’s foreign exchange reserves are mainly composed of US dollar in the forms of US government bonds and institutional bonds. with nearly 5% of forex reserves in gold. India is, coincidentally the world’s largest gold consuming nation. The FCAs also include investments in US Treasury bonds, bonds of other selected governments and deposits with foreign central and commercial banks. India is at 8th position in List of countries by foreign-exchange reserves , just below Republic of China (Taiwan) and Russia.