The World Bank defines poverty in absolute terms. The bank defines extreme poverty as living on less than US$1.90 per day> (PPP), and moderate poverty as less than $3.10 a day. Types of Poverty Absolute poverty measures poverty in relation to the amount of money necessary to meet basic needs such as food, clothing, and shelter. The concept of absolute poverty is not concerned with broader quality of life issues or with the overall level of inequality in society.

Poverty in India is measured as the head-count ratio of the population living below the official ‘poverty line’, which is calculated using the methodology prescribed by the Expert Group on Methodology for Estimation of Poverty appointed by the Planning Commission in order to arrive at a threshold consumption level of both food and non-food items. The methodology uses the Consumer Expenditure Surveys (CES) conducted by the National Sample Survey Office (NSSO) of India once every five years to attain the poverty line; and, hence, poverty figures in India are obtained once every five years. The Planning Commission’s latest poverty line, using methodology suggested by the Tendulkar Committee in 2010, is apparently defined as the spending of Rs. 27.20 per capita per day in rural areas and Rs.33.40 per capita per day in urban areas.

The Human Poverty Index (HPI) was first introduced into the Human Development Report by the United Nations Development Programme (UNDP) in 1997 in an attempt to bring together in a composite index the different features of deprivation in the quality of life to arrive at an aggregate judgement on the extent of poverty in a community. 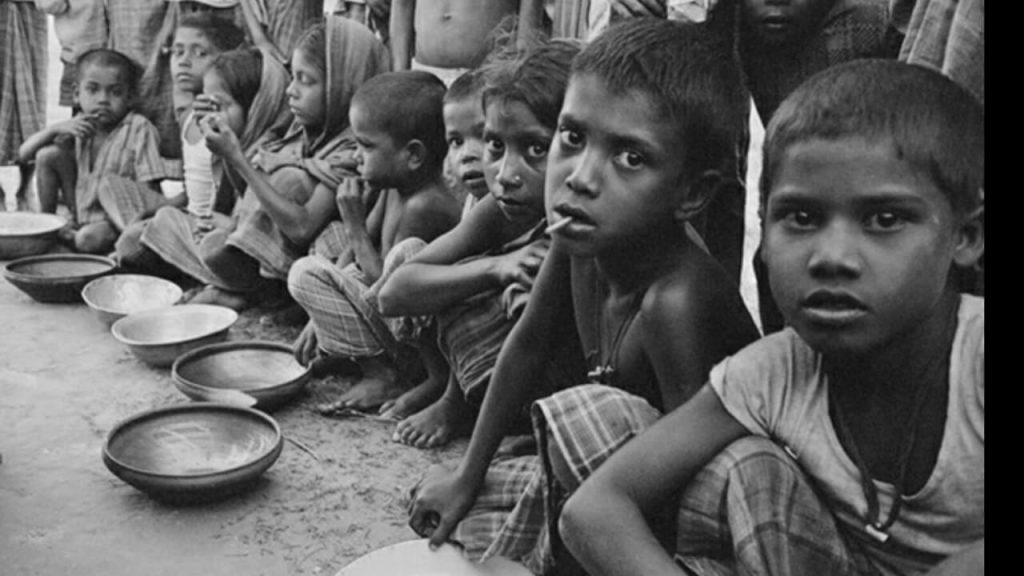 Calculation of HPI-1 for Developing countries:-The following three dimensions are taken into account:

The indicator P3, referred to the living standard, is then obtained as an average of the three indicators, in this way:

The global index HPI-1 is obtained by combining these three dimensions into one single measure giving a greater weight to the most disadvantaged situation.

While HPI-2 is calculated as follows:-

Poverty is a multi-dimensional issue and various experts/committees and institutions estimate poverty based on different perceptions/definitions. However, Planning Commission is the nodal agency in the Government of India to estimate poverty in the country. TheMultidimensional Poverty Index (MPI) was developed in 2010 by the Oxford Poverty & Human Development Initiative (OPHI) and the United Nations Development Programme. and uses different factors to determine poverty beyond income-based lists. It replaced the previous Human Poverty Index.

Various dimentions of MPI are:-

Life expectancy at birth: Number of years a newborn infant could expect to live if prevailing patterns of age-specific mortality rates at the time of birth stay the same throughout the infant’s life.
Expected years of schooling: Number of years of schooling that a child of school entrance age can expect to receive if prevailing patterns of age-specific enrolment rates persist throughout the child’s life.
Mean years of schooling: Average number of years of education received by people ages 25 and older, converted from education attainment levels using official durations of each level.
Gross national income (GNI) per capita: Aggregate income of an economy generated by its production and its ownership of factors of production, less the incomes paid for the use of factors of production owned by the rest of the world, converted to international dollars using PPP rates, divided by midyear population.

According to a report of Oxfam international , India’s richest now hold 58% of country’s wealth. 57 billionaires in the country have the same wealth as that of the bottom 70% population, Wealth inequality is a serious issue. The reasons for wealth inequality are: