68.84% of the population in India is rural based and majority of them depends on agriculture for a living. Enhanced and stable growth of the agriculture sector is important as it plays a vital role not only in generating purchasing power among the rural population by creating on-farm and off-farm employment opportunities but also through its contribution to price stability and food security.The share of agriculture and allied sectors in Gross Bank Credit was about 13 per cent despite rise in credit flow to agriculture in absolute terms. The heavy dependency of farmers on moneylender is partly on account of denial or limited access to Bank services.

The Rural Finance Market comprises of: 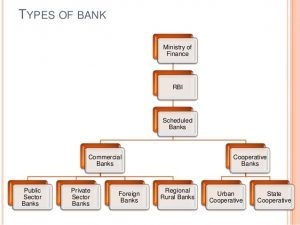 (i) Organized or formal system;

Main sources of Unorganized or informal segment are as follows:-

Land Lords:Small farmers and tenants rely on land lords for finance to meet out their productive and unproductive expenses. This source of finance has all the defects associated with money lenders. Interest rates are exorbitant. Often small farmers are forced to sell out their lands to these   land lords and they become land less labourers.

The enactment of the Cooperative Credit Societies Act 1904 was the first effort made by the Government in the country to institutionalize agricultural credit by promoting the cooperatives in a corporate form.After India attained Independence in August, 1947, cooperatives assumed a great significance in poverty removal and faster socio-economic growth. With the advent of the planning process, cooperatives became an integral part of the Five Year Plans. As a result, they emerged as a distinct segment in our national economy.In the First Five Year Plan, it was specifically stated that the success of the Plan would be judged, among other things, by the extent it was implemented through cooperative organisations.

The cooperatives have been operating in various areas of the economy such as credit, production, processing, ,marketing, input distribution, housing, dairying and textiles. In some of the areas of their activities like dairying, urban banking and housing, sugar and handlooms, the cooperatives have achieved success to an extent but there are larger areas where they have not been so successful.

The failure of cooperatives in the country is mainly attributable to: dormant membership and lack of active participation of members in the management of cooperatives. Mounting overdues in cooperative credit institution, lack of mobilisation of internal resources and over-dependence on Government assistance, lack of professional management. bureaucratic control and interference in the management, political interference and over-politisation have proved harmful to their growth. Predominance of vested interests resulting in non-percolation of benefits to a common member, particularly to the class of persons for whom such cooperatives were basically formed, has also retarded the development of cooperatives. These are the areas which need to be attended to by evolving suitable legislative and policy support.

National Bank for Agriculture and Rural Development (NABARD) was established through an Act of Parliament in 1982. NABARD was set up as an apex Development Bank with a mandate for facilitating credit flow for agriculture, rural industries and all other allied economic activities.

NABARD was established with an aim of building an empowered and financially inclusive rural India through specific goal oriented departments which can be categorized broadly into three heads: Financial, Developmental and Supervision. Through these initiatives we touch almost every aspect of rural economy. From providing refinance support to building rural infrastructure; from preparing district level credit plans to guiding and motivating the banking industry in achieving these targets; from supervising Cooperative Banks and Regional Rural Banks (RRBs) to helping them develop sound banking practices and onboarding them to the CBS platform; from designing new development schemes to the implementation of GoI’s development schemes; from training handicraft artisans to providing them a marketing platform for selling these articles.

The Regional Rural Banks (RRBs) were established in 1975 with the objective to create an alternative channel to ‘cooperative credit structure’ with a view to ensure sufficient institutional credit for rural and agriculture sector. The RRBs are integral segment of the Indian banking system with focus on serving the rural areas. As on date 82 RRBs are functioning in the country.

RRBs are jointly owned by Government of India, the State Government concerned and the Sponsor Banks. The issued capital of RRBs is subscribed by Central Government, State Government and sponsor banks in the proportion of 50%, 15% and 35%, respectively.

The functions of the RRB are as follows: