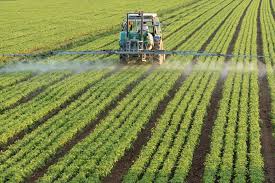 Imbalance in use of fertilizers in India

Nitrogen fixing Bacteria and their application

The symbiotic nitrogen-fixing bacteria invade the root hairs of host plants, where they multiply and stimulate formation of root nodules, enlargements of plant cells and bacteria in intimate association. Within the nodules the bacteria convert free nitrogen to ammonia, which the host plant utilizes for its development. To ensure sufficient nodule formation and optimum growth of legumes (e.g., alfalfa, beans, clovers, peas, soybeans), seeds are usually inoculated with commercial cultures of appropriate Rhizobium species, especially in soils poor or lacking in the required bacterium.