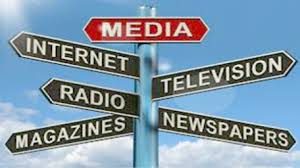 Different Internal Security threats due to Social Media are:

The biggest challenge for internal security of nation through social networking site is cyber terrorism.

Today terrorists select Social Media as a practical alternative to disturb the function of nations and other business activities because this technique has potential to cause huge damage. It poses enormous threat in international system and attracts the mass media, the security community, and the information technology corporation.

At the same time, due to the convenience, affordability and broad reach of social media platforms like YouTube, Facebook and Twitter, terrorist groups have increasingly used social media to further their goals and spread their message.

Social Media became a platform for coordination of plans of attack, communication with cells, or propaganda and information and spread of hate campaign or messages that can hurt the sentiments of people.

These groups now have their own websites where they can convey their propaganda and, for most of them, they advise their readers and followers not to trust the media which are seen as the enemy.

The chat service like Skype, which includes voice and video capabilities, has become particularly popular with terrorist cells. Chat rooms and electronic forums enable the insurgent and extremists groups to communicate with members and supporters all over the world, to recruit new followers and to share information at little risk of identification by authorities.

Youths are especially targeted for propaganda, incitement and recruitment purposes by terrorist groups.

Internet Media is a major resource for developing serious crime. As Internet is growing explosively, online criminals try to present fraudulent plans in many ways. Social networking sites also pose major challenge in financial and organized crime which destabilizes the system. It creates threat to a company’s security because of what employees might disclose and they are on prime target for cyber criminals.

The other national and international users such as the political parties, NGO’s, hackers pose a serious threat using the social media. For example, during the civil turmoil in the Arab Spring Uprising, the various governments were threatened through the social media.

Some countries in the world feel threatened by the fact that social media can bring the people together and thus, create a revolution. This in turn can cause political instability

Importantly, social media also seems to be playing a significant role in polarising different communities in India and compounding India’s Security challenges. The viral videos and false updates of communal clashes, riots and terrorists attack have created a massive impact in the life of public.

The power of media and the process of public opinion formation in a free society had undergone radical change due to Internet and faster means of communications like SMS, whats app, viber and simplified mobile internet. The chain of events beginning with the clashes in our North-east and which caused very serious and mass exodus of North-east population from several Indian cities has revealed the fragility of our national Cohesion.

Popular social networking websites are another means of attracting potential members and followers. These types of virtual communities are growing increasingly popular all over the world, especially among younger demographics. This can build Anti-national Sentiments among Society.

Hackers write or use ready-made computer programs to attack the target computer. By using Social Media hackers breach the national security and steal important data of defence or other strategic sectors. This can kneel the whole country without using Arms and Ammunition.

Although social media has the potential to be a threat to national security, it also has the opportunity to strengthen National Security and to be used to benefit the Government.

One of the fastest growing ways that Governments are using social media is as a warning or trend prevention tool. As a monitoring tool, the government is able to recognize the first signs of any hostile or potentially dangerous activity by collecting and analyzing messages in order to try to predict events that could be a danger to National Security.

Another important use of social media by the government is as an institutional Communication Tool. Social Media provides a medium that creates cohesion between federal agencies by increasing both communication and transparency.