Merits of the High Yielding Varieties

The High Yielding Varieties have certain advantages over the traditional varieties of cereals which are given as under:

Geographical Constraints in the Adoption of New Seeds

The new seeds are less resistant to droughts and floods and need an efficient management of water, chemical fertilisers, insecticides and pesticides.

The conditions required for the good harvest of new seeds have been described below:

Some of the environmental and ecological problems that emerged out of the cultivation of the High Yielding Varieties are depletion of forests, reduction in pastures, salination, water-logging, depletion of underground water-table, soil erosion, change in the soil chemistry, reduction in bio-diversity, decline in soil fertility, silting of rivers, increase in weeds, emergence of numerous new plant diseases, and health hazards.

An overview of these environmental and ecological problems has been given here.

The saline and alkaline affected tracts, locally known as kallar or thur in Punjab and kallar or reh in Uttar Pradesh have expanded and increased in area.The problem of salinity and alkalinity can be solved by use of manure (cow dung, compost, and green manure) and by a judicious selection of leguminous crops in the rotation

Water logging is the other major problem associated with over-irrigation.The progressive and ambitious cultivators of the irrigated areas of these districts have changed their cropping patterns and have introduced rice and wheat in place of bajra, pulses, cotton, and fodder.Repeated irrigation of these crops in the summer and winter seasons have resulted into waterlogged condition, especially along the canals.

The main achievements of Green Revolution may be summarized as under:

Evergreen Revolution was a term coined by M.S. Swaminathan to indicate the development of  technologies that can help in increasing productivity in perpetuity without causing an associated ecological harm.He also stated that to achieve the goal of food security by ending hunger and to promote sustainable agriculture, it is important that in the field of social protection as well as the scientific measures needed for achieving food and nutrition security, we should move from the green to an ‘evergreen revolution’ approach.

The Evergreen Revolution technologies are based on a farming systems approach and will also involve farmer participatory breeding and knowledge management. Nation’s agricultural research and technology development system should be strengthened and reoriented to play the pivotal role in creating a science-based and knowledge-led evergreen revolution.  A sustainable evergreen revolution enhances the quality of life of farm families and revitalizes rural communities. Taking good care of both human and environmental resources is the heart of a sustainable agriculture

Use of biotechnological tools in agriculture could make food crops high yielding and more robust to biotic and abiotic stresses. This could stabilize and increase food supplies, which is important against the background of increasing food demand, climate change and land and water scarcity.

Nanotechnology can be used in agriculture in many ways. It can help in promoting soil fertility and balanced crop nutrition; effective weed control; enhancing seed emergence using carbon nanotubes; delivery of agriculture chemicals, field-sensing systems to monitor the environmental stresses and crop conditions and improvement of plant traits against environmental stresses and diseases. 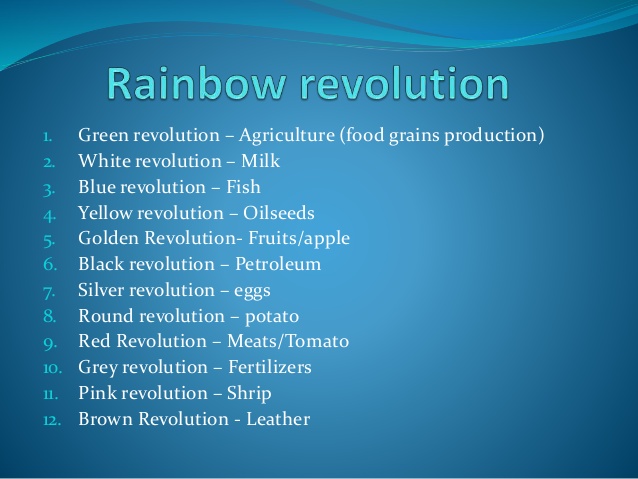