National Commission for Scheduled Castes (NCSC) is an Indian constitutional body established with a view to provide safeguards against the exploitation of Scheduled Castes to promote and protect their social, educational, economic and cultural interests, special provisions were made in the Constitution.

The objective of the pre-matric Scheme is to support the parents of SC children for educating their wards, so that the incidence of drop outs at this stage is minimized.

The Scheme is the single largest intervention by Government of India for educational empowerment of scheduled caste students. This is a centrally sponsored scheme. 100% central assistance is released to State Governments/UTs for expenditure incurred by them under the scheme over and above their respective committed liability. 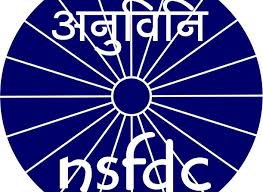 National Safai Karamcharis Finance and Development Corporation (NSKFDC): It is another corporation under the Ministry which provides credit facilities to beneficiaries amongst Safai Karamcharis, manual scavengers and their dependants for income generating activities for socio-economic development through State Channelizing Agencies.

The Protection of Civil Rights Act, 1955

This is a Central Sector Scholarship Scheme for ST students introduced from the academic year 2007-08 with the objective of encouraging meritorious ST students for pursing studies at Degree and Post Graduate level in any of the Institutes identified by the Ministry of Tribal Affairs for the purpose.

In the context of the trend of establishing quality residential schools for the promotion of education in all areas and habitations in the country, the Eklavya Model Residential Schools (EMRS) for ST students take their place among the Jawahar Navodaya Vidyalayas, the Kasturba Gandhi Balika Vidyalayas and the Kendriya Vidyalayas. Eklavya Model Residential Schools (EMRS) are set up in States/UTs with grants under Article 275(1) of the Constitution of India.

The Government of India, Ministry of Tribal Affairs has launched Vanbandhu Kalyan Yojana (VKY) for welfare of Tribals. VKY aims at creating enabling environment for need based and outcome oriented holistic development of the tribal people. This process envisages to ensure that all the intended benefits of goods and services under various programmes/schemes of Central as well as State Governments actually reach the target groups by convergence of resources through appropriate institutional mechanism.

There are about 350 Blocks in the Schedule V areas where population to STs compared to total population of the Block is 50% or above. Despite several interventions in the past, these Blocks are still reeling under various facets of deprivation in so far as Human Development Indices are concerned. Through VKY, it is envisaged to develop these Blocks as model Blocks over the period of next five years with qualitative and visible infrastructural facilities.

Scheme of Marketing Development of Tribal Products or Produce

The Tribal Cooperative Marketing Development Federation of India Limited (TRIFED) was established in August 1987 by the then Ministry of Welfare, Government ofIndia , under the Multi State Cooperative Societies Act 1984 (which has now been replaced by the Multi-State Cooperative Societies Act, 2002) . TRIFED was established with the basic mandate of bringing about the socio-economic development of tribals of the country by institutionalizing the trade of Minor Forest Produce (MFP) and Surplus Agriculture Produce (SAP) collected/cultivated by them – because tribals are heavily dependent on these natural products for their livelihood. But in many cases they did not use to get remunerative prices due to middle-men and unscrupulous traders exploiting the naiveté of Tribals.

Mother and Child Tracking System (MCTS) is an initiative of Ministry of Health & Family Welfare to leverage information technology for ensuring delivery of full spectrum of healthcare and immunization services to pregnant women and children up to 5 years of age. It is an innovative, web-based application, developed by NIC, to facilitate and monitor service delivery as well as to establish a two way communication between the service providers and beneficiaries. Generation of work plans of ANMs, sending regular alerts to the service providers as well as beneficiaries about the services due and a user-friendly dash board for health managers at various levels to monitor delivery of services will go a long way in ensuring quality service delivery, micro birth planning, ensuring universal immunization and will have positive impact on important health indicators like Infant Mortality Rate and Maternal Mortality Ratio. It will also help in evidence based planning and continuous assessment of service delivery to pregnant women and children.

ndira Gandhi Matritva Sahyog Yojana (IGMSY),Conditional Maternity Benefit (CMB) for pregnant and lactating  women to improve their health and nutrition status to better enabling environment by providing cash incentives to pregnant and nursing mothers. It is being implemented using the platform of Integrated Child Development Services (ICDS) Scheme. Currently, the beneficiaries are paid Rs.6000/ in two installments through bank accounts or post office accounts. The first installment is given in third trimester i.e. seven to nine months of pregnancy and the Second installment is given six months after delivery on fulfilling specific conditions.

Rashtriya Mahila Kosh (RMK), established in 1993 is a  national  level  organization  as an  autonomous  body  under the  aegis of  the  Ministry of  Women and Child Development, for socio-economic empowerment  of  women.  The  operating  model  currently followed by  RMK is that  of a  facilitating agency  wherein  RMK  provides loans to  NGO-MFIs termed as Intermediary Organizations (IMO) which on-lend to Self Help Groups (SHGs)  of women.

The focus of the project ‘Priyadarshini’ is on livelihood enhancement, the beneficiaries will be empowered to address their political, legal, health problems issues through rigorous capacity building.

The state government of Karnataka is implementing “Mathru Purna Scheme” for pregnant and lactating poor women across the state. The aim of the scheme is to provide at least one nutritious meal every day to pregnant women particularly those living in rural areas of the state.

The objective of this scheme is to improve maternal health that has a direct impact on the women and child’s nutrition. Under the scheme, the estimated cost of each meal could be around Rs. 21 per meal. The meal to pregnant women would be provided for 15 months that means it starts from the time of pregnancy to up to six months after delivery. This scheme will help in curb child malnutrition across the state.

The guideline and framework of Mathru Purna Scheme has been operated by the department of women and child welfare, government of Karnataka. This scheme includes rice, dal or sambar, green vegetables, pulses, egg and groundnut-jaggery chikki to meet the nutritional needs of pregnant and lactating women in rural areas.

In addition, this scheme is providing two kinds of sprouts for those pregnant women who don’t eat eggs. The responsibility to implement this scheme is of all the anganwadis working among rural women across the State.

During 2016-17 financial year, the state government had launched micro nutrients for pregnant and lactating women who are living in backward taluks at a cost of Rs 42 crore under Mathru Pushtivardhini Scheme, under National Health Mission (NHM).

In 2017-18 financial budget, the government had made an announcement to extend the scheme to all 30 districts in the state and made a provision in budget and allocated funds of Rs. 302 crore for effective implementation of this scheme.

Moreover, the workers of anganwadis can change the diet in case the stipulated items aren’t easily available in the region and the food preference of beneficiary’s will be taken into consideration at time of providing meals.