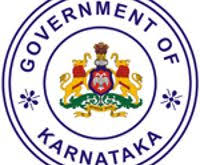 Panchayat Raj in Karnataka follows a three tier structural constitution. It has elected bodies at each level. Panchayat Raj constitutes of:

Karnataka has 30 Zilla Panchayats, 176 Taluk Panchayats, and 5,659 Grama Panchayats. All the three units of the Panchayat Raj have members directly elected by the people. The government does not have any provision to nominate representatives to any of these institutions.

The objectives of the Karnataka Panchayat Raj Act, 1993 are:

The Gram Panchayat is the basic or lowest level of Panchayat Raj in Karnataka. It has jurisdiction over a group of villages. Gram panchayat represents an assembly of the village elders who are directly elected by the citizens of the village. This panchayat unit is headed by a chairperson who is known as Sarpanch.

The Gram Panchayat has to perform the following functions:

The Taluk Panchayat has to perform the following functions:

The Zilla Panchayat is the apex level of Panchayat Raj in Karnataka. The Zilla Panchayat is constituted for each district of the state. It has jurisdiction over the entire district except those portions that are included in smaller urban areas or are under the authority of Municipal Corporations, Town Panchayat or Industrial Township. Members of the Zila Parishad are elected from the district.

The representatives of the Zilla Panchayats are elected for a tenure of five years. Every Zilla Panchayat has seats reserved for scheduled castes, scheduled tribes, backward classes and women.

The Zilla Panchayat has to perform the following functions: