Political parties are an established part of modern mass democracy, and the conduct of elections in India is largely dependent on the behaviour of political parties. Although many candidates for Indian elections are independent, the winning candidates for Lok Sabha and Vidhan Sabha elections usually stand as members of political parties, and opinion polls suggest that people tend to vote for a party rather than a particular candidate. Parties offer candidates organisational support, and by offering a broader election campaign, looking at the record of government and putting forward alternative proposals for government, help voters make a choice about how the government is run.

Political parties have to be registered with the Election Commission. The Commission determines whether the party is structured and committed to principles of democracy, secularism and socialism in accordance with the Indian Constitution and would uphold the sovereignty, unity and integrity of India. Parties are expected to hold organisational elections and have a written constitution.

Recognition and Reservation of Symbols

According to certain criteria, set by the Election Commission regarding the length of political activity and success in elections, parties are categorised by the Commission as National or State parties, or simply declared registered-unrecognised parties. How a party is classified determines a party’s right to certain privileges, such as access to electoral rolls and provision of time for political broadcasts on the state-owned television and radio stations – All India Radio and Doordarshan – and also the important question of the allocation of the party symbol. Party symbols enable illiterate voters to identify the candidate of the party they wish to vote for. National parties are given a symbol that is for their use only, throughout the country. State parties have the sole use of a symbol in the state in which they are recognised as such Registered-unrecognised parties can choose a symbol from a selection of ‘free’ symbols.

By Election Commission, all recognised National and State parties have been allowed free access to the state owned electronic media-AIR and Doordarshan- on an extensive scale for their campaigns during elections. The total free time allocated extends over 122 hours on the state owned Television and Radio channels. This is allocated equitably by combining a base limit and additional time linked to poll performance of the party in recent election.

Splits and mergers and anti-defection law

Splits, mergers and alliances have frequently disrupted the compositions of political parties. This has led to a number of disputes over which section of a divided party gets to keep the party symbol, and how to classify the resulting parties in terms of national and state parties. The Election Commission has to resolve these disputes, although its decisions can be challenged in the courts. 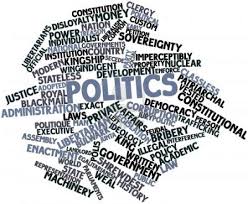 The Election Commission appoints a large number of Observers to ensure that the campaign is conducted fairly, and that people are free to vote as they choose. Election expenditure Observers keeps a check on the amount that each candidate and party spends on the election.

After the polling has finished, the votes are counted under the supervision of Returning Officers and Observers appointed by the Election Commission. After the counting of votes is over, the Returning Officer declares the name of the candidate to whom the largest number of votes have been given as the winner, and as having been returned by the constituency to the concerned house.

In order to bring as much transparency as possible to the electoral process, the media are encouraged and provided with facilities to cover the election, although subject to maintaining the secrecy of the vote. Media persons are given special passes to enter polling stations to cover the poll process and the counting halls during the actual counting of votes.

Voting is one of the most commonly used terms in contemporary age of democratic politics. The ever increasing popularity of democratic theory and practices has even made this term a household name. In democratic systems, and their number is quite large and ever increasing, each adult citizen uses ‘voting’ as a means for expressing his approval or disapproval of governmental decisions, policies and programmers of various political parties and the qualities of the candidates who are engaged in the struggle to get the status of being the representatives of the people. The study of determinants of electoral behaviour constitutes a very significant area of empirical investigation. Man is a rational creature in the philosophical sense of term; he is not so rational in the realms of his economic or political behaviour. An empirical study of the determinants of electoral behaviour displays the astounding fact that the behaviour of man is influenced by several irrational factors and pressure groups in invoking religius and communal factors, influence of money or charismatic personality of a leader and host of other irrational forces have their definite influence on the minds of the voters. The main purpose of the present study is to focus attention on voting behaviour in India and to highlight the factors that determine the voting behaviour in India.

In India, studies on voting behaviour had been mainly undertaken under the auspices of Indian Council of Social Science Research (ICSSR). Nowadays, however, such studies are done by many governmental institutions (e.g., Institutes of Developmental Studies) and private agencies such as ORG, Chanakya, etc.

It is generally held that in national/state elections only nearly half of the electorate bothers to vote. A large segment of voters do not vote. This fact is often noted and lamented. But there are social scientists like E.M. Lipset (1960) who argue that a low turnout of voters aids the democratic process.

It indicates that there is a general argument on social matters and that people are confident that the outcome of an election will not disturb. A high turnout (as in the case of elections held after emergency), in contrast, is viewed as indicating a high level of conflict that threatens social stability and a possible breakdown of the democratic process.

But other social scientists view this differently. They see the alienated voters as apathetic who do not find elections a solution to the problems that most concern them. For them the present party system offers too little choice, too little change from the status quo.

They feel that almost all parties are guided by their self-interests and not by the interests of common man. People, who are apathetic towards voting, feel they are without power. Directly or indirectly, this feeling is responsible for the low or decreased participation of the citizens in the elections.

The important determinants of voting are social class, occupation, race, ethnicity, age, gender etc. But, in India, generally, voters cast their vote on religion, caste or party lines. Party loyalty is based primarily on emotional basis.

Most people are not well informed about political issues and do not choose a party on the basis of political opinions. Rather they support a party for traditional or emotional reasons—perhaps because their families have always supported that party—and they are then guided by the party’s stand on the issues. In other words, voters are socialized by the political parties to view political issues in a certain way.

Since independence, not only the level of political awareness is constantly rising among all segments of population, the level of identification with political parties or leaders is also increasing. The other factors that play an important part in deciding voting behaviour in India are community, religion and money.

The 1967 elections also initiated the dual era of short-lived coalition govemments and politics of defection. However, the elections broke Congress’s monopoly of power in the states. Congress was replaced not by a single party in any of the states but by a multiplicity of parties and groups and independents. Coalition governments were formed in all opposition-ruled states except in Tamil Nadu. In Punjab, Bihar and U.P., opposition governments included Swatantra, Jan Sangh, BKD, Socialists and CPI. Though CPM did not join these governments, it, too, actively supported them.

Parties, including Congress, would topple existing governments, change partners and form new governments. In between governments, a state would sometimes undergo a period of President’s Rule or even mid-term polls, which seldom changed the pattern of seats in the assembly. Thus, from the 1967 general elections to the end of 1970, Bihar had seven governments, U.P. four, Haryana, Madhya Pradesh, Punjab and West Bengal three each and Kerala two governmental changes, with a total of eight spells of President’s Rule in the seven states.

The other important feature of the coalition governments of the period was the beginning of the politics of defection. Many of the governmental changes in the northern states were the result of defections or floor crossings by individual legislators, both party members and independents. Corrupt legislators indulged in horse-trading and freely changed sides, attracted mainly by lure of office or money. In Haryana, where the defection phenomenon was first initiated, defecting legislators began to be called Ay a Ram and Goya Ram (in-coming Ram and out-going Ram). Consequently, except in the case of the two Communist parties and Jan Sangh, party discipline tended to break down. Between 1967 and 1970, nearly 800 assembly members crossed the floor, and nearly 155 of them were rewarded with ministerial offices.

Regionalism made its appearance as a reaction against the efforts of the national government to impose a particular ideology, language or cultural pattern on all people and groups. Thus the States of South have resisted imposition of Hindi as official language because they feared this would lead to dominance of the North. Similarly, in Assam anti-foreigner movement was launched by the Assamese to preserve their own culture.

The regional parties in many states started making suggestions for re-structuring of centre-State relations so as to ensure greater autonomy of state. The demand for more autonomy of the state may be caused out of discriminatory role of the Governor in the dismissal of Chief Ministers, reservation of  Bills for consideration of the President, demand for repealing certain laws, dismissal of  State Governments under Article 356, non-implementation of Central Laws, deployment of CRP, use of all India Services by the Centre, alleged discrimination against states in allocation of Central projects, allocation of food grains, discrimination in grants and loans, appointment of Inquiry Commissions and CBI against Chief Ministers.

All over the world, the political processes have ascended out of social environment. Tribes, clans, castes, classes have existed around a social organization. Economy, polity, religion, family and kinship networks have operated under a social structure. Famous philosopher asserted that man is a political animal. He had in mind the social element. When elaborating the Indian society, it is multi-ethnic as well as multi-religious. Indian religions are pantheistic in which the nature is visualized as a manifestation of theology. There is an immense significance of Politics in India such as to run the country more efficiently, to manage the country with good rules and norms, to look in the internal affairs about the development of the country, to represent the country to the outside world, to issue different policies for the country.