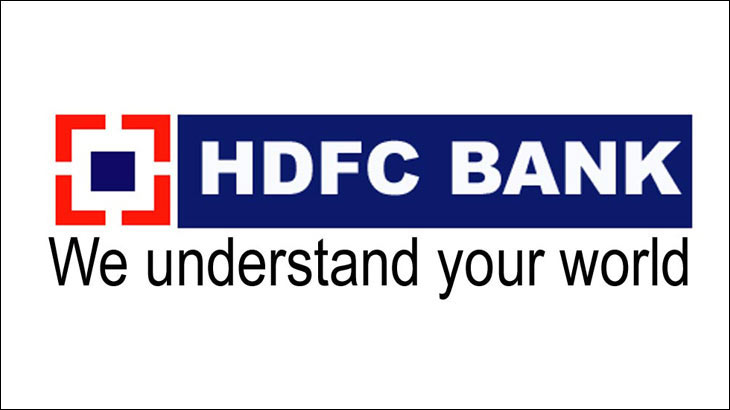 Rural Development and Community Development Programmes- Role of related Institutions and Organizations including all centrally and State sponsored schemes.

Besides, the administrative set up for planning for Rural Development, there are other Institutions, who plays equal important role in planning, Implementation and Monitoring of rural development programmes.
The important among them are:
(i) The Panchayati Raj System and
(ii) The Financial Institutions.
A. Panchayati Raj Institutions:
The successful implementation of rural development programmes requires not only decentralisation of administrative Machinery and Mechanisms for Co-ordination at the local level but also institutions for participation and involvement of local people. From this point of view; the Panchayati Raj institutions play the catalytic role.
The ‘Panchayat’ or the institution of village councils is as old as India’s history and is a part of her tradition. The ancient Panchayats serving as units of local government, discharged most of the functions that affected the life of the village community. There have been a number of indicative citations describing succinctly the forms, functions, features and forces that constructed the strong structure of Panchayats.
The erstwhile British Government had caused to supersede the Panchayat institutions by diverting their powers and functions concerning administration, execution and justice, and thereby centralised the administrative set-up to serve its colonial interests. Some of the British rulers like Lord Ripon introduce certain reforms in 1982 and advocated for the revival of the village Institutions.
The Royal Commission on Decentralization, of 1909 also favoured the promotion of these institutions, seeking people’s participation. The Montague-Chelmsford Reforms of 1919 had given same impetus for reviving the Panchayat bodies. But all these efforts were half-hearted and haphazard making no virtual impact.
B. Financial Institution:
In the rural areas, there is at present a wider spectrum of financial agencies directly or indirectly involved in Rural Development. These agencies mainly comprise of Co-operative banks, Commercial banks and Regional Rural Banks.
All these institutions are again linked with apex institution like National Bank for Agriculture and Rural Development (NABARD) for refinancing and borrowing purposes. There is thus a multi- agency approach to rural financing engaged in rural development activities.
Cooperatives:
The cooperative banking system was introduced in India in the year 1904 as a Credit movement to assist the farmers for higher agricultural production. In course of time, the Co¬operative Credit institutions became inevitable and important institution for Rural Development.
The cooperative credit structure is broadly classified into two types. They are short-term and long-term credit co¬operatives. The short-term cooperative credit structure is of three-tier system. This system is federal in nature and pyramidical in type. At the apex of the pyramid, there is the State Co-operative bank. There are Central Co-operative banks (CCBs) at the district or intermediate level.
At the bottom, there is the Primary Agricultural Co-operative Credit Societies (PACs). They operate mostly at the village level. In recent years the Farmers Service Societies (FSS) and Large-sized Agricultural Multipurpose Co-operative Societies (LAMPS) have been added to the existing base level institutions.
However, in the entire Co-operative Credit Structure, the Primary Cooperative Credit Societies occupy a strategic position on account of their direct links with the farmers and weaker section people at the grass root level. The long-term Credit Co-operative Structure is of two-tier system. There is Central Land Development Bank (CLDB) at the top and Primary Land Development Banks (PLDBs) at the base level.
The State Co-operative Bank is the apex bank in the short- term Co-operative Credit Structure. The area of operation of the bank is extended to the entire State. The management of the bank is vested in the board of Directors.
The last tier of the Co-operative banking structure is Primary Agricultural Co-operative Societies (PACs). These societies have direct linkage with the farmers and they are purely operating in the rural areas. The village credit society is the best agency to inculcate the habit of thrift, self-help and mutual help among its members. It is engaged in securing for its members services of various kinds.

Pradhan Mantri Gramin Awaas Yojana (PMGAY), previously Indira Awaas Yojana (IAY), is a social welfare flagship programme, created by the Indian Government, to provide housing for the rural poor in India. A similar scheme for urban poor was launched in 2015 as Housing for All by 2022. Indira Awaas Yojana was launched by Rajiv Gandhi, the then Prime Minister of India, as one of the major flagship programs of the Ministry of Rural Development to construct houses for BPL population in the villages. Under the scheme, financial assistance worth ₹70,000 (US$1,100) in plain areas and ₹75,000 (US$1,200) in difficult areas (high land area) is provided for construction of houses.

Deen Dayal Upadhyaya Grameen Kaushalya Yojana or DDU-GKY is a Government of India youth employment scheme.
It was launched by on 25 September 2014 by Union Ministers Nitin Gadkari and Venkaiah Naidu on the occasion of 98th birth anniversary of Pandit Deendayal Upadhyaya. The Vision of DDU-GKY is to “Transform rural poor youth into an economically independent and globally relevant workforce”. It aims to target youth, under the age group of 15–35 years. DDU-GKY is a part of the National Rural Livelihood Mission (NRLM), tasked with the dual objectives of adding diversity to the incomes of rural poor families and cater to the career aspirations of rural youth. A corpus of Rs 1,500 crore and is aimed at enhancing the employability of rural youth.

The Pradhan Mantri Gram Sadak Yojana (PMGSY) is a nationwide plan in India to provide good all-weather road connectivity to unconnected villages.
This Centrally Sponsored Scheme was introduced in 2000 by the then-prime minister of India Atal Bihari Vajpayee. The Assam Tribune has reported that the scheme has started to change the lifestyle of many villagers as it has resulted in new roads and upgrade of certain inter-village routes in Manipur.
During November 2015, following the recommendations of the 14th Finance Commission, the Sub-Group of Chief Ministers on Rationalization of Centrally Sponsored Schemes, it was announced that the project will be funded by both the central government (60%) and states (40%).
From 2004 to 2014, the average speed of road construction under the PMGSY was 98.5 kilometres per day.

The objective of the National Rurban Mission (NRuM) is to stimulate local economic development, enhance basic services, and create well planned Rurban clusters.
A ‘Rurban cluster’, would be a cluster of geographically contiguous villages with a population of about 25000 to 50000 in plain and coastal areas and with a population of 5000 to 15000 in desert, hilly or tribal areas. As far as practicable, clusters of villages would follow administrative convergence units of Gram Panchayats and shall be within a single block/tehsil for administrative convenience.

Deen Dayal Antyodaya Yojana – National Livelihoods Mission (NRLM) was launched by the Ministry of Rural Development (MoRD), Government of India in June 2011. The Mission aims at creating efficient and effective institutional platforms of the rural poor enabling them to increase household income through sustainable livelihood enhancements and improved access to financial services.
NRLM has set out with an agenda to cover 7 Crore rural poor households, across 600 districts, 6000 blocks, 2.5 lakh Gram Panchayats and 6 lakh villages in the country through self-managed Self Help Groups (SHGs) and federated institutions and support them for livelihoods collectives in a period of 8-10 years.

“To reduce poverty by enabling the poor households to access gainful self-employment and skilled wage employment opportunities, resulting in appreciable improvement in their livelihoods on a sustainable basis, through building strong grassroots institutions of the poor. Sansad Adarsh Gram Yojana (SAGY) is a village development project launched by Government of India in October 2014, under which each Member of Parliament will take the responsibility of developing physical and institutional infrastructure in three villages by 2019. The Saansad Adarsh Gram Yojana (SAANJHI) was launched on on 11th October, 2014.
The goal is to develop three Adarsh Grams by March 2019, of which one would be achieved by 2016. Thereafter, five such Adarsh Grams (one per year) will be selected and developed by 2024.