Four Functions about computer are:

Input is the raw information entered into a computer from the input devices. It is the collection of letters, numbers, images etc.

Process is the operation of data as per given instruction. It is totally internal process of the computer system.

Output is the processed data given by computer after data processing. Output is also called as Result. We can save these results in the storage devices for the future use. 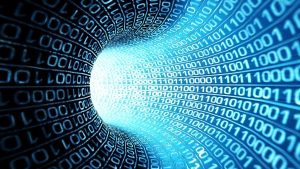 Memory: enables a computer to store, at least temporarily, data and programs.

Input device: usually a keyboard and mouse, the input device is the conduit through which data and instructions enter a computer.

Output device: a display screen, printer, or other device that lets you see what the computer has accomplished.

Central processing unit (CPU): the heart of the computer, this is the component that actually executes instructions.

In addition to these components, many others make it possible for the basic components to work together efficiently. For example, every computer requires a bus that transmits data from one part of the computer to another.

Components of a CPU

The two typical components of a CPU include the following:

The control unit (CU), which extracts instructions from memoryand decodes and executes them, calling on the ALU when necessary.

Relationship between the elements of the CPU, input and output, and storage

On large machines, the CPU requires one or more printed circuit boards. On personal computers and small workstations, the CPU is housed in a single chip called a microprocessor. Since the 1970’s the microprocessor class of CPUs has almost completely overtaken all other CPU implementations.

The CPU itself is an internal component of the computer. Modern CPUs are small and square and contain multiple metallic connectors or pins on the underside. The CPU is inserted directly into a CPU socket, pin side down, on the motherboard.

Each motherboard will support only a specific type (or range) of CPU, so you must check the motherboard manufacturer’s specifications before attempting to replace or upgrade a CPU in your computer. Modern CPUs also have an attached heat sink and small fan that go directly on top of the CPU to help dissipate heat.

Memory is major part of computers that categories into several types. Memory is best storage part to the computer users to save information, programs and etc, The computer memory offer several kinds of storage media some of them can store data temporarily and some them can store permanently. Memory consists of instructions and the data saved into computer through Central Processing Unit (CPU).

Memory is the best essential element of a computer because computer can’t perform simple tasks. The performance of computer mainly based on memory and CPU. Memory is internal storage media of computer that has several names such as majorly categorized into two types, Main memory and Secondary memory.

Primary Memory also called as volatile memory because the memory can’t store the data permanently. Primary memory select any part of memory when user want to save the data in memory but that may not be store permanently on that location. It also has another name i.e. RAM.

The primary storage is referred to as random access memory (RAM) due to the random selection of memory locations. It performs both read and write operations on memory. If power failures happened in systems during memory access then you will lose your data permanently. So, RAM is volatile memory. RAM categorized into following types.

Secondary memory is external and permanent memory that is useful to store the external storage media such as floppy disk, magnetic disks, magnetic tapes and etc cache devices. Secondary memory deals with following types of components.

ROM is permanent memory location that offer huge types of standards to save data. But it work with read only operation. No data lose happen whenever power failure occur during the ROM memory work in computers.

ROM memory has several models such names are following.