Classical music and dances of India

The origins of Indian classical music can be found from the oldest of scriptures, part of the Indian tradition, the Vedas. Samaveda, one of the four Vedas, describes music at length. Indian classical music has its origins as a meditation tool for attaining self realization. All different forms of these melodies (Ragas) are believed to affect various “chakras” (energy centers) in the path of the “Kundalini”.

According to the legend, Brahma, a character of the Indian mythology, gave this music to his wife Saraswati. The Veena in her hand is the symbol of this music. Devi Saraswati is not just the knowledge herself but music as well. From Devi Saraswati, music went to Maharishi Narad and it seems to be a musical irony that the connecting link between the two is Veena. Guru Narad taught this music to Gandharvas, Apsaras, Kinnasas (the celestial musician and dancers). Music was destined to come to Man. Music was still in heave and those who brought it to earth were great scholars of music and great inventors and great researchers too. The relentless and continuous efforts of talented musicians are solely responsible for bringing heavenly music to mankind. These musical scholars and performers discovered science, scientific rules and methods, known today as classical music. The classical music is the scientific form of folk music 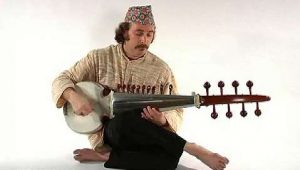 Carnatic music is one of the oldest forms of classical music and is related to the Southern part of India. The states like Andhra Pradesh, Karnataka, Kerala and Tamil Nadu follow Carnatic style of music. It is one of the subclass of Indian classical music, which is mainly associated with the Hindu traditions and is free from other Islamic or Persian influences. Generally, Carnatic music is based on certain elements like Shruti, Swara, Raga and Tala.

India has thousands of year old tradition of fine arts and classical and folk music and dances. Some of the world-famous dance forms that originated and evolved in India are Bharatnatyam, Kathak, Kathakali, Kuchipudi, Manipuri, Mohiniattam and Odissi. All these dance forms use basically the same ‘mudras’ or signs of hand as a common language of expression and were originally performed in the temples to entertain various Gods and Goddesses. They were also effective in carrying forward the various mythological stories from generation to generation while entertaining the audiences. It eventually became a part of ‘Natya Shashtra’, as propounded by Sage Bharata to compile and forge some rules and regulations of entertaining arts.

Kathak is one of the most important classical dances of India. Kathak is said to be derived from the word katha, meaning “the art of storytelling.” The Kathak dance form originated in north India and was very similar to the Bharatnatyam dance form. In ancient India, there were Kathakars or bards who used to recite religious and mythological tales to the accompaniment music, mime and dance.

Kathakali is the classical dance form of Kerala. The word Kathakali literally means “Story-Play”. Kathakali is known for its heavy, elaborate makeup and costumes. In fact, the colorful and fascinating costumes of Kathakali have become the most recognized icon of Kerala. Kathakali is considered as one of the most magnificent theatres of imagination and creativity. Kathakali dance presents themes derived from the Ramayana, the Mahabharata and other Hindu epics, mythologies and legends.

Kuchipudi is one of the classical dance forms of the South India. Kuchipudi derives its name from the Kuchipudi village of Andhra Pradesh. In the seventeenth century the Kuchipudi village was presented to the Brahmins, who were experts in staging dance and drama. Kuchipudi exhibits scenes from the Hindu Epics, legends and mythological tales through a combination of music, dance and acting. Like other classical dances, Kuchipudi also comprises pure dance, mime and histrionics but it is the use of speech that distinguishes Kuchipudi’s presentation as dance drama.